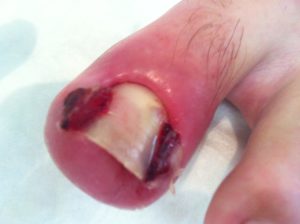 Overview
Ingrown toenails (onychocryptosis, unguis incarnatus) are frequently encountered in both general practice and specialty clinics, and, thus, a fundamental level of understanding of the development and management of the condition, including knowledge of the nail anatomy, is useful.

The treatment of ingrowing toenails has traditionally been blighted by high recurrence rates and poor patient satisfaction, but with the increasing use of chemical ablation of the nail matrix in combination with partial nail avulsion reported recurrence rates have decreased.

The nail plate, or the nail proper, consists of the body, which is the exposed portion, and the root, which is the proximal portion covered by a fold of skin called the eponychium. The cuticle is the most distal edge of the eponychium. The nail plate rests on a continuation of the stratum germinativum, called the nail bed. The nail walls are the segments of skin that overhang the lateral edges of the nail, which attach within the sterile matrix. The germinal matrix runs from an area just distal to the lunula to several millimeters proximal and deep to the eponychium. The germinal matrix is likely solely responsible for longitudinal growth of the nail.

The presence of a lateral projection of nail growing into the periungual soft tissue  is likely only one of several factors in the development of the condition. Although any toenail can become ingrown, the vast majority occur on the great toe.

Extrinsic compression on the great toe by footwear places constant pressure directly on the medial nail wall and indirectly on the lateral wall as the toe is pushed against the
second toe. In the presence of a nail that is cut inappropriately short along the lateral portion,  the nail fold is irritated or penetrated, which allows colonization of bacterial and fungal skin flora.
Inflammatory changes, including edema, erythema, and pain, occur as an abscess forms. With the formation of hypertrophic granulation tissue, the toe is increasingly exposed to compression
and irritation, creating a vicious cycle.

In the early stages of inflammation, attempts at nonsurgical management may be attempted. Treatment consists of gently dislodging the lateral edge of the nail plate from the inflamed nail
fold into which it is embedded, followed by placement of sterile nonabsorbent gauze or cotton under the sharp corner of the nail. The patient should be given a cutout shoe and instructed to
replace the gauze daily and perform warm soaks several times daily until the inflammation has subsided. Activity should be modified to minimize pressure on the toe. The patient must also be
educated on proper nail care, which includes trimming the nail with squared corners that extend distal to the hyponychium.

In the subsequent stage of ingrown toenail formation, in which the swollen and reddened lateral nail fold extends well over the nail plate, abscess formation has likely occurred. Though it is less likely to be effective at this stage, non-surgical management as described above may be achievable with vigilant care. All compression upon the toe should be removed, including socks or hosiery. Warm water soaks should be performed at least 4-5 times daily. Antibiotics are of unclear value and  are reserved  for patients who are diabetic or immunocompromised. Wound cultures may be obtained to direct antibiotic choice. Numerous alternative methods of conservative treatment have been described, including splints and commercially-available devices.

In advanced disease, evidenced by heavy granulation tissue formation accompanied by pain with walking, nonsurgical management is unlikely to suffice. As epithelium forms over the
granulation tissue, drainage is obstructed and abscess formation persists. The excess inflamed tissue can no longer be lifted off the nail edge, precluding the nonsurgical management
described above. However, patients may have a relatively asymptomatic chronic course that lasts several weeks with periodic inflammatory episodes.

Total nail plate removal is rarely indicated. Partial nail removal is the preferred technique unless inflammation and abscess extend around the entire circumference of the nail.

The procedure may be contraindicated  or postponed in patients with chronic disease who do not require immediate relief.

We use the following technique when performing this procedure. The toe is cleaned with chlorhexidine. Digital block is performed with 1% lidocaine without vasoconstrictor (epinephrine). The addition of bupivacaine provides extended duration of anesthesia. The skin surface of the proximal digit and adjoining web space should be cleaned thoroughly and wiped with an alcohol swab. Blunt dissection is carried out to separate the edge of the appropriate nail plate from the soft tissues. A cut is made with a straight Beaver mini-blade to isolate an appropriate (usually 3 mm) section of the affected nail segment extending under the proximal nail fold, which is lifted off by grasping with an artery clip and using a central to lateral twisting motion to avulse the germinal centre.

A postoperative dressing mit Octenisept is applied and the patient is asked to remove the dressing the next day and soak the foot in tepid salt baths daily. This is done to prevent debris from accumulating in the nail folds because this can lead to infection.

Patients usually experience very little postoperative pain and can return to work the next day. Warn the patient that a serous discharge often occurs but usually settles within two weeks, although it can sometimes persist for several weeks.

Complete nail removal:  The removal of the entire lateral portion of the nail is a more definitive method of treatment, since it allows destruction of the lateral nail matrix to inhibit recurrence.

Nail extraction. Ensure that the entire nail fragment was removed by inspecting the remnant for any irregularities. The tissue exposed by nail removal should then be gently debrided.

Matricectomy:  Ablation of the lateral matrix (matricectomy) can be done after the nail bed has been cleaned and dried thoroughly. Matricectomy has been shown to reduce the rate of ingrown nail recurrence in both adult and pediatric populations.

The solution may then be applied with a moistened cotton-tipped applicator to the nail matrix beneath the lateral nail wall and the lateral portion of the proximal nail fold/eponychium.
Three successive applications leave the cauterized tissue a gray or light brown color. Avoid exposure of phenol to the surrounding tissues and irrigate the area thoroughly after ablation to remove excess phenol and any remaining debris. Matricectomy, shown below, can be performed with numerous other techniques, including electrocautery ablation, use of a CO2 or diodide laser.

Postprocedural care:  A dressing should be applied to the resulting wound. An antiseptic solution is added to the dressing which should consist of a nonadherent gauze dressing.

The patient is  given adequate analgesics and instructed to keep the wound clean and dry, washing 2-3 times daily.

Except when associated cellulitis is present, antibiotics do not appear to improve healing and are not recommended.

The patient can expect some mild serous drainage initially but should be directed to return in the case of purulent drainage, worsening pain or swelling, or lack of wound healing after 2-3 weeks.

Nonsurgical management of an ingrown toenail may be attempted in the early stages, prior to formation of granulation tissue. The recommended mode of treatment in the middle to late stages of inflammation is partial nail removal, which permits destruction of the lateral nail matrix and hinders recurrence.

RISKS OF THIS PROCEDURE 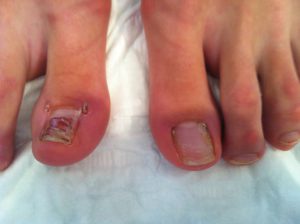 There are some risks/ complications, which
include:
– Infection : The toe may swell up considerably and this may cause the bandage to be tight and cause gangrene to the toe.
– Infection can develop in the joints about the toe with damage to the joint. This may need antibiotics.
– Recurrence or regrowth of nail spicule: Part of the nail may grow again and this may need further surgery.
– Healing of the wound may be abnormal. The wound can be thickened and red.
– Increased risk in obese people of wound infection, chest infection, heart and lung complications and thrombosis.
– Increased risk in smokers of wound and chest infections, heart and lung complications and thrombosis..
– Ischemia caused by injection of excessive amounts of anesthetic during digital nerve block: The addition of epinephrine to the anesthetic increases the potential for vasospasm and ischemia, and most clinicians discourage this practice. 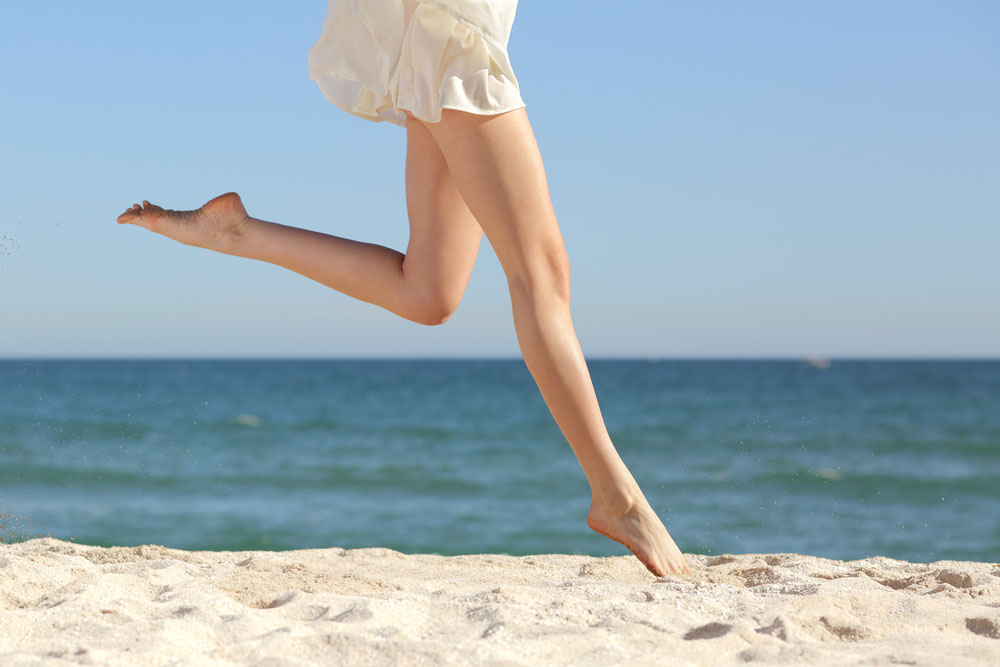 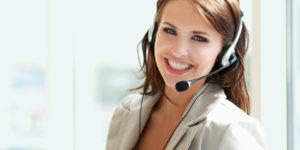