Haemorrhoid ligation is one of the most common outpatient treatments available for patients suffering from symptomatic haemorrhoids. The procedure consists in applying a rubber band to the base of the haemorrhoid to strangulate the blood supply to the prolapsing haemorrhoidal tissue. The haemorrhoid  will than shrink and falls off within 2-7 days. Rubber band ligation are usually performed in an ambulatory setting in an outpatient clinic. The procedure causes less pain and has a shorter recovery period than any other form of treatment foremost following open surgical procedures. If indication and technique are well followed, the success rate is quite high and range between 60% and 80%.

A number of prospective studies have found rubber band ligation to be a simple, safe, and effective outpatient procedure treating symptomatic first-, second-, and third-degree haemorrhoids with significant improvement in quality of life. Haemorrhoid ligation has a limited morbidity, good results, long-term effectiveness, and good patient acceptance. It is safe during pregnancy and  even so for patients in poor health as in liver disease, portal hypertension and even for patients on anticoagulation treatment.

Internal haemorrhoids are classified into four grades, as follows:

Haemorrhoid ligation is performed for first-degree, second-degree, and some cases of third- and fourth degrees haemorrhoids when the patient complains of bleeding or haemorrhoidal prolapse. Band ligation may also be considered for bleeding in severely anemic patients with fourth-degree haemorrhoids who are unfit for surgery.

Haemorrhoid ligation is relatively contraindicated for the following:

Clinically, haemorrhoids usually present with bleeding, prolapse, pain (in presence of thrombosis or ulceration), perianal mucous discharge, or pruritus. The complications resulting from non-treated  haemorrhoids are thrombosis, infection with inflammation, ulceration, and anaemia.

The initial treatment for symptomatic first- and second-degree haemorrhoids with a short history of bleeding, prolapse, or itching and pain is directed toward controlling painful stool evacuation  with dietary measures such as a high-fibre diet, sitz bath, stool softeners, suppositories, laxatives, and various topical creams.

Because of the risk of haemorrhage, rubber band ligation is relatively contraindicated in patients on anticoagulant therapy. Patients taking aspirin should stop the medication at least 7 days before the procedure. In patients under coumarin who cannot stop only one rubber band should be placed per treatment.

The rubber rings must be applied on an insensitive area well above the dentate line to avoid postprocedural pain. The clinician should carefully examine the patient for anorectal complains before recommanding rubber band ligation.

Failure to recognise an inflammatory process in this region may lead to complications.

Formal consent should always be obtained before placement of rubber bands to treat haemorrhoids because some complications have been reported in randomized controlled trials.

Patients should be advised that there is a recurrence rate of about 20-25% in 5 years.

Stool softeners and bulk agents should be prescribed, and the patient should avoid straining for bowel movements.

The patient should be warned about the possibility of bleeding after the procedure and after 1-2 weeks when the rubber rings are dislodged. If the patient thinks that bleeding is severe or persistent, he or she should contact the surgeon.

A single treatment can achieve satisfactory results. If the symptoms of bleeding and prolapse due to hemorrhoids are not relieved, further band ligation or other conservative treatment may be tried. If the symptoms are not controlled after three sessions, haemorrhoidectomy may be considered.

A Barron haemorrhoidal ligator with a suction device is used. The ligator has a drum at one end over which rubber bands are loaded. It is connected with a 30-cm shaft to the handle, which has a trigger to release the bands and a suction hole to suck to haemorrhoidal tissue.

Loaded band ligator ready for use.

holds the preloaded Barron band ligator with the grasping forceps. The internal hemorrhoid is grasped with the forceps about 1 cm proximal to the dentate line and maneuvered into the drum of the ligator (see the image below).

If the patient complains of pain, a more proximal point should be selected for band ligation.

Hemorrhoid held taut, with drum of ligator pushed against base of hemorrhoid and trigger released.

Alternatively, a suction hemorrhoid ligator may be used. This instrument draws the hemorrhoidal mass into the drum through suction; therefore, the grasping forceps is not required. After the pile mass has been adequately drawn into the drum by means of suction, the trigger is released to apply the rings to the base of the hemorrhoid.

Multiple pile masses may be ligated, but more than one banding session spaced over 3-4 weeks may be required.

Most complications of the procedure are minor and self-limiting; they can be managed on an outpatient basis.

Complications of hemorrhoid ligation include the following:

Early (24 hours) and late haemorrhage (1-2 weeks after the procedure) may be significant, and patients should be advised to keep a watch on the amount of blood loss. If bleeding is observed, anoscopic examination should be done under adequate visualization and anaesthesia to suture the bleeding site. If the patient is pale, hypotensive with tachycardia, hospitalization is mandatory.

The clinician should carefully examine the patient for anorectal complains before performing a rubber band ligation. In order to avoid any infection, the rectum should be cleansed prior to the procedure with either one or two suppositories (ie Lecicarbon) or with an enema. Infections with sepsis have been reported following band ligation. Such patients may present with fever, anorectal pain, perineal pain, scrotal swelling, difficulty in micturition, cellulitis, and sometimes frank gangrene. Failure to recognise a septic process in this region may lead to fatal sepsis with extensive cellulitis and gangrene after the procedure. 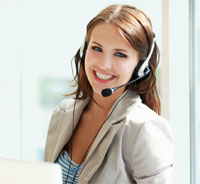